Meet the leading ladies of 9 to 5: The Musical

Meet the leading ladies of 9 to 5: The Musical

Have you met Dolly and her galpals yet?

We have the lowdown on the ladies in and behind the ultimate girlpower musical Nine to Five which hits Letterkenny this week.

Letterkenny Musical Society will present the outrageous “Nine to Five” to the boards of An Grianán Theatre from Tuesday 27th February to Saturday, 3rd March.  This is the first production of the hit musical in the North West, tickets are flying out the door. Get yours now at www.angrianan.com

This wonderful, heartwarming and funny tale of three amazing women is being brought to us by a cast of equally brilliant local women.

Three secretaries turn the tables on their boss in an office driven by chauvinism.  The film starred Dolly Parton, Jane Fonda and Lily Tomlin. Over 20 years later, it was adapted for the musical stage, with Dolly writing a number of new songs, combining country with rock and roll, along with some big band swing and beautiful ballads.

For lovers of the film, the story will be familiar. Indeed, large sections of dialogue are unchanged.

Nicola Shields plays Violet, Rachel Akkoç plays Judy, and Ciara Gallagher takes on the challenge of channelling Dolly as she brings Doralee to the stage. 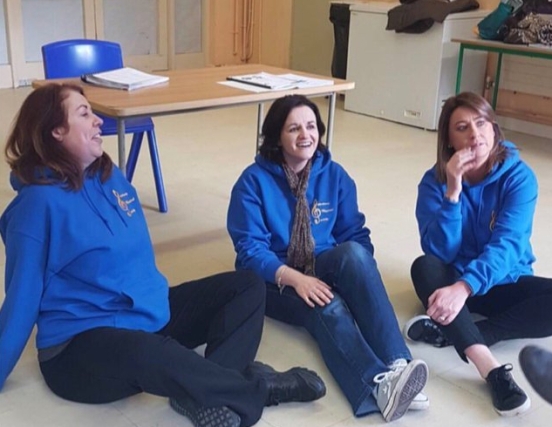 Rachel, Ciara and Nicola in rehearsals 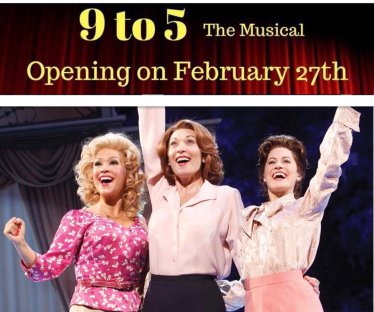 DW spoke to 5 of the ladies involved in the production on and off the stage; the 3 leading ladies, the Co-Director and the Choreographer. 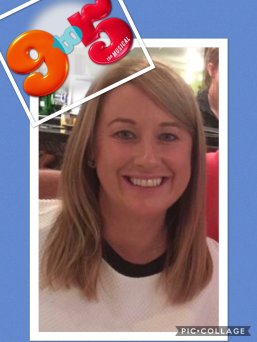 Nicola is wife to Johnny and Mum to 2 beautiful furbabies, Belle & Seve.
She teaches Modern languages at Mulroy College, Milford. Nicola has been a member of LMS since 1999 & has been involved in every production since then, playing various leading roles over the years.
Nicola said, “I’m very excited to be part of 9 to 5 & very much looking forward to bringing Violet to life next week . Great to be involved in a show that offers 3 leading roles to ladies over 40 !!” 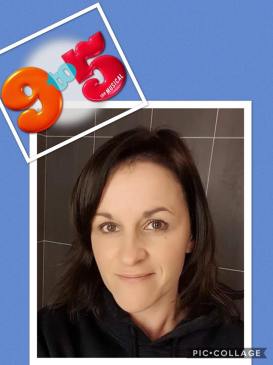 Ciara has morphed into Doralee. She even has the giggle perfected!

Ciara is a primary teacher in Carrigart. She is married to James and is a mother of four.

She has made the role of Doralee her own and is loving playing the infamous character played by Dolly Parton herself in the movie version.

Ciara said “Doralee is a wonderful character; she is sassy and feisty, funny and vulnerable. I feel very lucky to play such a strong female role, and luckier still to be involved in a show that highlights women’s issues in such a positive and uplifting way, with super-talented fellow cast members. This really is a show not to be missed!”

Rachel is beautiful as vulnerable Judy

Rachel hails from Dublin, but considers herself to be ‘adopted Donegal’, having moved to Letterkenny in the early 90s. She has two sons, Ziya and Zana, with her Turkish husband, Ejder.
Rachel works in the public service by day, but her real love is performing. The stage has been her spiritual home for all of her 45 years.
She is a trained dancer, an accomplished vocalist and has taken on countless diverse acting roles over the years.
‘The role of Judy in 9 to 5 is one that I’m relishing. She starts out downtrodden, but having returned to the workforce, and with the help of her feisty co-workers, she gradually regains her mojo and becomes a strong, empowered and self-assured woman. I love portraying that metamorphosis.’ 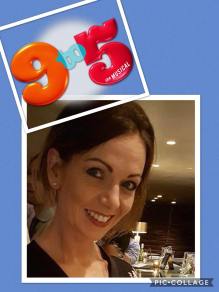 Maria Rushe is hilarious as Roz

Donegal Woman columnist Maria is married to Emmet and they have two little Drama Queens who inspire her blog, The S-Mum.

She teaches English & Drama in Coláiste Ailigh and has been a member of the LMS since 2004.  Having choreographed past shows, she now directs the show alongside Donal Kavanagh.  Maria loves the stage and has played many roles with LMS.

Maria said “Playing Roz is so much fun. She is clumsy and awkward and misses the point in so many ways. She loves Hart desperately, but has a very different journey to the other ladies. Roz is an intricate character who the audience will hopefully love, hate and sympathise with in equal measure.  And any show where I get to sing, dance and make people laugh is a joy for me. This show is my favourite yet.”

Rebecca Thompson is the Choreographer. 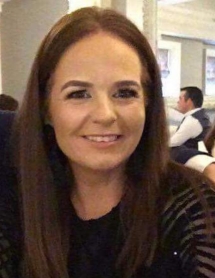 The Lady who keeps them on their toes, Rebecca is choreographer.

Rebecca Thompson is 36 years old, married to Ian and she is mummy to six boys, James, Charlie, Harry, Freddie, Max and Bobby. She left her post as a secondary school teacher to open Encore Performing Arts Academy. This is her third year involved with LMS as choreographer.

“I love working with and bringing Musical Theatre movement to adults who may have no previous experience of dance. I find it really rewarding and humbling watching everyone put in the effort in making my vision and ideas come alive on stage,” says Rebecca.

Obviously, we have powerful men in and behind the show also.  Our leading man Franklyn Hart Jnr is played by Donegal’s finest performers, Giles Murray. 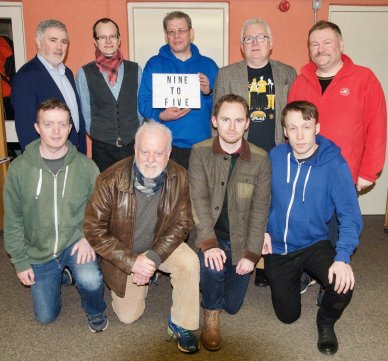 The show is produced by Noel O’Donnell and directed by Donal Kavanagh and Maria Rushe.

The show runs at  An Grianán Theatre in Letterkenny from Tuesday, February 27, to Saturday March 3.

But we have TWO to give away for opening night this Tuesday!  Visit our Facebook page for entry details!  www.facebook.com/dglwoman

Teenage girl missing since February may be in Donegal

Read More
Teenage girl missing since February may be in Donegal

You deserve to have boundaries in all aspects of live, and counsellor Sarah Barr is here to explain how to set them in a healthy way:

As we jaunt towards Silly Season, here is an important annual reminder from local mammy Maria Rushe.

Emmet from Rushe Fitness has all the Monday Motivation you need to get up and get moving for your health today.

A Cut Above the Rest! 🙌 Did you know that if yo

Christmas at Cooneys 🤩 🎅 If there’s a dre

The Gift of Beautiful Hair ✨ 🎁 🎄 Patrick

Escape Into Art with ___maguireveronica____ 🎨

🕯 A community is numbed tonight Gardaí have c

Our Donegal Rose has arrived in Tralee! 🌹 Bes

🌻 Geraldine's Field of Hope to open in Quigley'